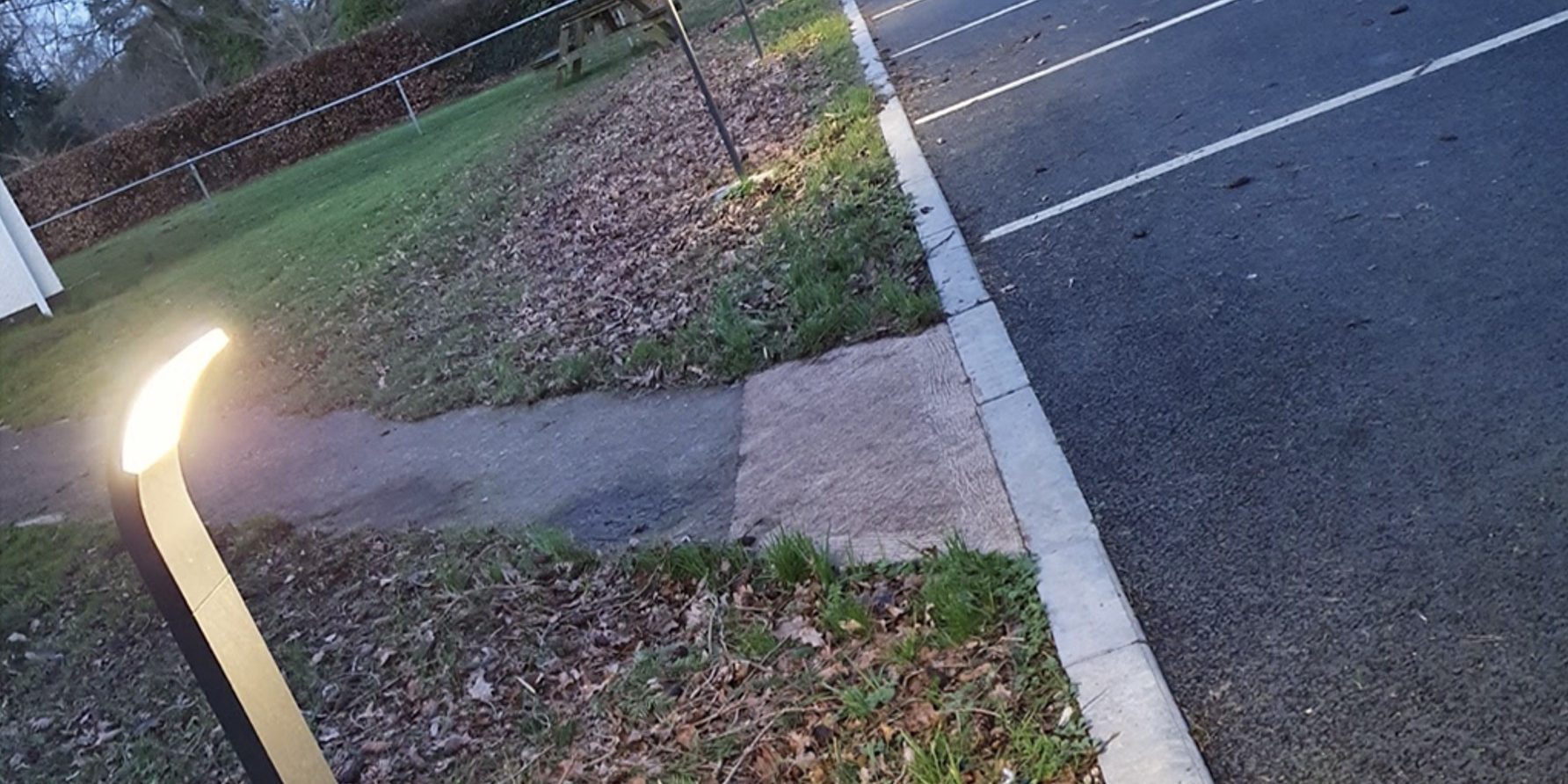 This project was for our local Royal British Legion Club, our task was to design and install car park lighting that was bright enough for guests to be able to navigate the car park. A challenge to be considered during the design was the adjacent houses that surrounded the car park.

The existing lighting included high level flood lights onto the club building which not only lit the car park but also the house adjacent.

We decided to use the 6.5 watt Senza LED 1000mm bollard lights from Ansell, they project the light downwards which means the adjacent houses are not affected by the lights being on until closing time at night. In total we used a total of ten light fittings spaced on either side of the car park with a timer installed to control the switching.

With very little budget on this project we asked the Electrical industry for help, The Royal British Legion helps members of the Royal Navy, British Army, Royal Air Force, veterans and their families. We contacted Ansell, explained the project and they agreed to send out five of the lights free of charge. We then spoke with Edmundson Electrical in Exeter and explained the project and that we required five more lights, Edmundson were happy to supply the lights at a special price for this project. We are very humbled by the generosity of national companies helping out a small RBL club and cannot thank them enough.

We also enlisted the help of fellow Royal British Legion members who used their experience to dig and lay ducting whilst the car park was being resurfaced, A fantastic community project with many members being able to help out (even holding an umbrella whilst the lights were being installed during torrential rain).

We completed the car park lighting just in time for the annual christmas dinner where the club was full to capacity and everyone could see where they were going.